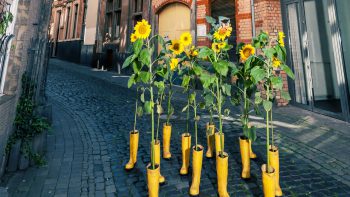 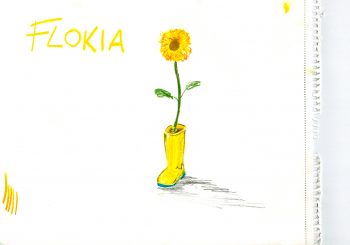 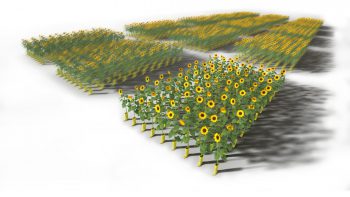 A field of sunflowers marches through the city in yellow rubber boots and conquers urban space. Proud and majestic, they shine on their way through narrow streets. But there is also something fragile in their uprooting. They overcome their natural boundary into a terrain that is life-threatening for them.

Sunflowers have human-like proportions. The rubber boots give the flowers a new dynamic of their own; one has the feeling that the group is on the advance. The rubber boot is functionally reused. Now it gets the water and the soil instead of protecting it from wetness and mud. FLOKIA stands for Floristic Kinetic Art. FLOKIA uses two well-known objects which, when brought together, open up completely new levels of connotation.