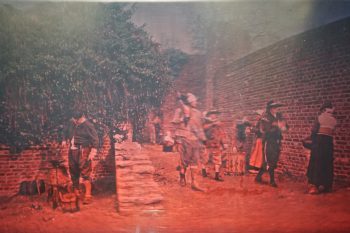 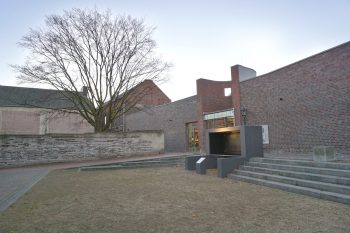 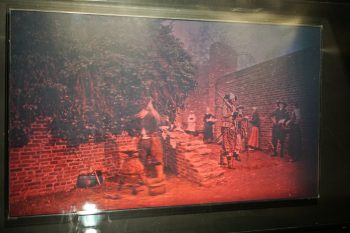 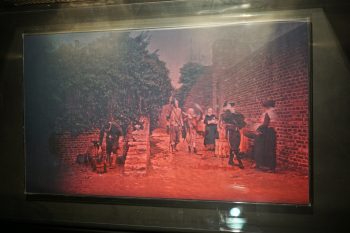 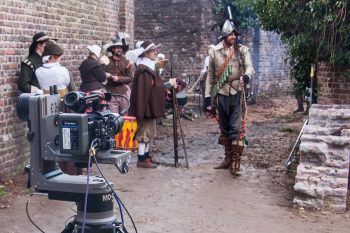 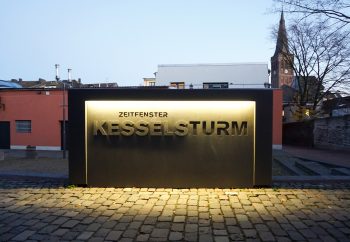 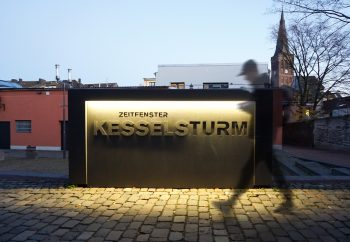 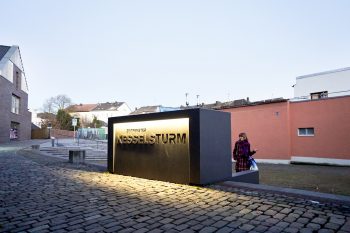 In 2014, the reconstruction of the square at the Kesselsturm in the Dülken district of Viersen began. The old foundations of Dülken's city wall were uncovered with the intention of artistically highlighting the ground monument. Philipp Dreber developed a concept for a hologram under the project name Zeitfenster Kesselsturm.

The hologram reveals a snapshot and allows the viewer to become a contemporary witness. To complete the ground monument, the hologram is placed above the historical foundation stones.

The shooting took place in November 2015 with the support of the Dutch Reenactors Group Companie Grolle. The film sequence from which the hologram was taken was created.

Zeitfenster Kesselsturm is a poetic journey into the past of the city of Dülken. The exposed remains of the wall served as inspiration and make the viewer of the hologram a contemporary witness. The time window shows a scenario as it could have taken place at that time. A blacksmith performs his work on an anvil. Two musketeers walk through the walkway past the teasing boy and girl, past the card players, past the maid who sells your vegetables. In the Kesselsturm two ladies are at the stove. In the background the night watchman from Dülken discusses with the gatekeeper.
The interactivity of the hologram invites the viewer to explore the time window himself. By his movement he determines the direction and the speed with which the actors of the hologram walk through the scenery. The detailed decoration of the picture allows to discover more and more subtleties even after several passes. The time window has its own time dimension. Depending on the movement of the viewer, some characters seem to move forward, while others move backward and vice versa.

The City of Viersen